THE PICTURE OF DORIAN GRAY 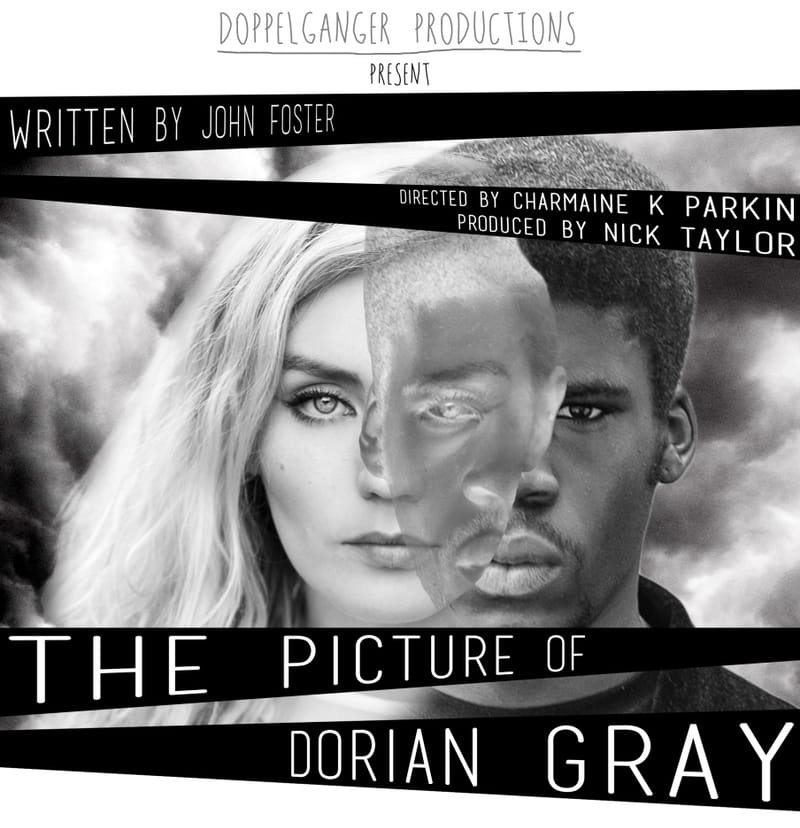 A contemporary retelling of Oscar Wilde’s Faustian tale. The beautiful Dory Gray, professional photographer of crime, war and celebrity, has made a pact with the Devil. A stunningly beautiful young man, Dorian Gray, has a photograph taken of himself by the woman he loves, Basel Hallward, locking his prepossessing good looks in the digital image for all time. Falling under the malign influence of the amoral Henri Wotton, Dorian is drawn into her hedonistic lifestyle and becomes her lover.

Dorian strikes a Faustian pact with the Devil and acquires eternal youth. Immersing himself in a secret life of debauchery and crime, Dorian discovers a wantonly violent darkside to his personality. He gradually builds an international reputation as an award-winning news and celebrity photographer, covering such topics as famine, major disasters and crime, taking a particular interest in a serial murderer known as ‘The Rain Killer.’

The ravages of corruption and depravity are never reflected in Dorian’s enduringly handsome face. Only the photograph Basel once took of him reflects his dissolute soul.

An intense and punchy rethinking of one of Oscar Wilde’s most controversial and yet fascinating tales: The Picture of Dorian Grey.

Written by John Foster, directed by Charmaine K. Parkin and produced by Nick Taylor, the play comes to life on the stage where time and space condense in a fiery performance. A modern London gives birth to its characters and, almost standing as a silent narrator, it tells the story of Dorian Grey, whose beauty evokes that of an angel. Dorian decides to devote his life to debauchery and pleasure and trades his soul in exchange of eternal youth.

He grows an increasing interest in capturing with his camera the last scents of life in murdered bodies of prostitutes, attracted by the story of a mysterious serial killer known as the “rain killer.” But what the camera really captures is hidden in a picture of him taken by Basel, the woman he loves.

Brilliantly written, as the narrative unfolds it reveals and explores the duality of the characters, which slowly pervades the story, strongly echoing the atmosphere of this century. This is probably the challenge of the work: presenting to a modern disillusioned audience a story which strips their most intimate and hidden fears and desires.

Dorian is torn apart, divided between his true love for Basel and Henri’s sombre magnitude which in the end prevails and pulls out his darkest impulses. Hints of surrealism blend with a powerful almost painful realism.

The play explores themes of happiness and pleasure in a world where morality has vanished under a “painted veil” of vanity.

Oscar Wilde’s Novel about art, eternal youth and debauchery has become a supernatural cautionary tale for the twentieth and twenty-first century. Many writer’s since Wilde have taken the eponymous Dorian and had their wicked way with him, from Will Self’s very gay, eighties AID’s parable to Alan Moore’s comic book superhero. Even if you haven’t read Wilde’s book, you’re aware of or, or even refer to someone as ‘having a painting in the attic’.

John Foster takes the ‘attic’ and makes it a representation of the public consciousness in this contemporary… I wouldn’t call it a ‘version’ of Gray, more a mash-up, an inspiration, as we go light-years from the supernatural of Conan-Doyle’s Victorian London to the gritty, ugly media-sated world of 2015. He doesn’t write easy plays, they’re hard and ruthless, like cobalt; his dialogue sounds half 50’s pulp detective novel, half T.S Eliot’s The Wasteland; it is a totally unique voice. A voice pre-occupied by murder, sex, psychology and art. He doesn’t write to simply entertain, he writes to assault the audience with a barrage of imagery, words and ideas; there is so much to unpack in his plays, you certainly aren’t short-changed if you engage and open your mind.

We are introduced to Dorian Gray, a charismatic, young and provocative beauty, gesticulating wildly and talking in abstract poetics about the nature of his world, of murder and his career in photography. Alessandro Babalola, a lanky powerhouse of an actor, who engages you with every word, plays Gray brilliantly, no mean feat considering the dense and abstract dialogue you’re bombarded with.

We soon meet Basel Hallward and Henri Wotton rewritten as women as opposite and the two sides of Dorian himself. Basel is whimsical and mercurial but with a dash of the disturbed locked deep within, she falls for Dorian on a beach they both walk. You immediately feel safe with Basel played by Anna Newcome, an actor who embodies a role so deftly and with such originality it’s breathtaking and rewarding to watch. In this burgeoning romance we get a wafer-thin reminder of Wilde’s plot. Gray is photographed by Basel in the mortuary where she works, and the musings to never grow old and stay as the picture rears its metaphorical head.

Enter Henri Wotton, bipolar femme fatale and devilish vamp sophisticate in gorgeous high-heels; this character is so much fun yet so freakish I couldn’t help smiling from ear-to-ear every time Amelia Gardham came on stage. She was perhaps the most Wildean character in the play, concerned with maxims and philosophy; she got under the other characters skin and the audiences too! Gardham had us in the palm of her hand, she knew exactly what she was doing, and she has a natural talent destined for the great dark ladies of Shakespeare.

Soon Wotton takes Gray down a path of decadence and debauchery; all the while the news story he’s always first to photograph, the murdered prostitutes of ‘The Rain Killer’ is always in the background.

By the second act, the poetics takes back-stage for a more visceral study in action and inaction. We are immersed in daring bank-raids, war-scenes and violent murders. Parkin’s direction is particularly excellent in these sequences showing her skill in creating an oppressive and frightening mood with little dressing or bombastic effects.

This production of Dorian Gray feels like theatre of a bygone age, an age where theatre was a wide and dangerous sea, where you had no idea what you were going to see. It is an experience every serious theatregoer should be part of.